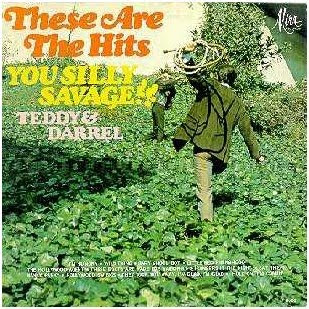 Welcome to the uncomfortably fey world of Teddy and Darrel, purveyors of today's musical monstrosity - Strangers in the Night.

Those of you au fait with with the output of the legendary Camp Records (and if you're not, I'll post some of their ridiculous recordings at a later date) will recognise the modus operandi immediately: the vocalists swishing their way through a well known hit of the day, rendering it suitable for only the gayest of the gay or those idiots who find this sort of thing amusing.

This track, one of a dozen similar cuts on their Mira Records album These Are The Hits, You Silly Savage, (others include These Boots Are Made For Walking and Hold On, I'm Coming made the b-side of the duo's one and only 45, the flipside of which was an appalling meander through the Troggs' classic Wild Thing.

The 'musicians' hiding behind the T&D epithets are alleged to be nascent Hollywood scriptwriter Theodore Charach and writer/producer and erstwhile politician Mike Curb. Shame on them.

(to play Strangers In The Night, click on the arrow on the left of the player below. To download the track, click on the DivShare logo on the right)

Email ThisBlogThis!Share to TwitterShare to FacebookShare to Pinterest
Labels: Camp Records, Mike Curb, Teddy and Darrel, These Are The Hits You Silly Savage, worlds worst records 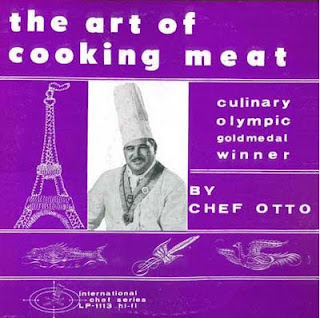 How are you people getting on with Rapidshare? Would you prefer it if I included an embedded playback/download device on the page (like Divshare, for example) or are you happy to go to Rapidshare to download tracks?

Sorry, sorry, sorry....
I know that I promised to repost some more old World's Worst Records cuts, but life kind of got in the way a bit - what with dashing off to Paris, watching the Pixies in London and trying to keep down a full time job or two I simply haven't had the time to get around to it.
Until now. I did add a snazzy new search engine though (see top right).
The second second Birthday selection cherry picks the best of the 2008 postings, with a half-dozen of my all-time favourites: How Long Are You Staying, Everybody Likes It, Cheepy Chappy and Ito, The Saddest Story, Kinko the Clown and Song of the Burmese Land. For more background info on these try using the search engine - and let me know how you get on with it.
By the way, if anyone out there has a copy of the complete Gleneil album please let me know - I only have a couple of tracks but would love the complete thing.
Incidentally, as I write this 60 people have downloaded the Criswell tune Someone Walked Over My Grave. Which means that there are at least five dozen people out there as sad or as sick as I am. I salute you all and thank you for your support. You've made a happy man very old.
http://rapidshare.com/files/168224280/11_How_Long_Are_You_Staying.m4a