I hesitated a while before posting this. Not because it isn't brilliantly awful, but because it's not strictly a record. Still, you deserve to hear this.

This is another excellent find from my occasional WWR co-conspirator Ross Hamilton, who writes: "Back in the 1980s my Dad owned a recording studio and not all of the sessions that he recorded were of the highest quality." This particular track came from a cassette (remember those?) which Ross recently re-discovered; one which his "father decided to keep as a reminder of those days."

Ross sent me two tracks from the cassette and today, with his permission, I'm posting the first of those cuts: a fine slice of slow-tempo reggae called I've Lost my Love by Rasta Rudi. "He turned up at the studio with someone else's backing track and recorded his own interesting vocals over the top," Ross explains. "He also brought in his own fan club which consisted of a couple of dancers who would shake their stuff whilst the music played, forgetting that only the producer was watching them in disbelief. I don't have any further information on this guy I am afraid because he seems to have only turned up for this one session. As far as I have been able to find out, this track has never been released in any format."

If anyone knows anything about Rasta Rudi and his stillborn career as a lovers rock singer I'd love to hear from you. But for now, here he is with the jaw-droppingly terrible I've Lost My Love.

..and the winner is 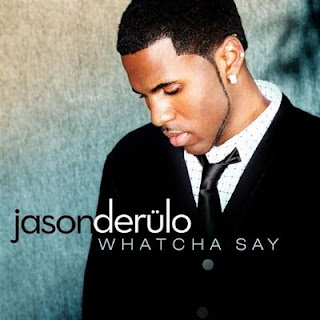 Without a shadow of a doubt, this is the worst record I have heard in years - possibly in my life. It encapsulates everything that is wrong with 'music' today. I cannot begin to describe how nauseous this makes me. It sounds like C3P0 vomiting into a Melodica.

Once upon a time the sporadic use of a Vocoder could be justified, but to have your entire output passed through Autotune - which only exists to enhance the voice of people who can't sing in the first place - is pathetic. People who buy this dross - and, apparently, millions have done - should be shot.

End of polemic; back tomorrow with another super slab of incorrectness courtesy of the excellent Ross Hamilton 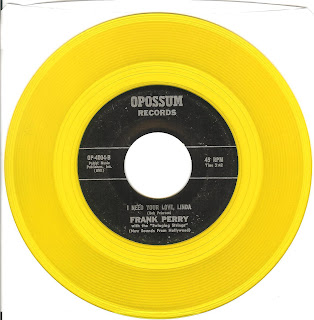 A recent Ebay purchase that only arrived a couple of days ago, but one which I had to share with you immediately. This is another fabulously mundane performance from Frank Perry, the poor man's Rodd Keith, pressed on yet another of Sandy Stanton's many, many song-poem-cum vanity imprints Opossum.

Opossum, it appears, existed primarily to release songs penned by Bob Petersen and his occasional cohort John Pulignano, the man who had previously "composed" What Is A Mother which appeared on yet another Sandy Stanton label, the much better known Film City. Bob, under his full name Robert E. Petersen, was also the author of Girl Friend Blues which, in 1963, was recorded for but unreleased by (apart from an acetate recording credited to Cowboy Bob) the semi-legit Cowtown Records.

There's not a lot else I can tell you here that longtime WWR followers won't already know (or can't look up elsewhere on the site), so for now just sit back and enjoy the ridiculously banal I Need Your Love, Linda by Frank Perry with the "Swinging Strings".