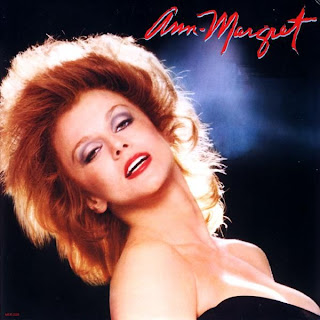 You’ll probably know her best for her scenery-chewing star turn in Ken Russell’s film version of the Who’s Tommy, where she tries her best to look seductive whilst rolling about in a pool of champagne and baked beans, but the Swedish-born actress Ann-Margret has also released a number of albums during her long career. She may have gained cult status as an actress with appearances in movies such as Kitten With a Whip and Carnal Knowledge, but it’s her short-lived stab at being a disco diva that we’re interested in here – specifically her self-titled 1980 album, a couple of tracks from which I present for you today.

Ann-Margret began her recording career, with RCA, in 1961 – the same year she made her screen debut (in the Frank Capra comedy Pocketful of Miracles). Her first album - And Here She Is: Ann-Margret – was produced in Nashville and featured Chet Atkins, the Jordanaires (Elvis Presley's backing singers) and the Anita Kerr Singers – who featured among their number one Gene Merlino. An attempt to market her as 'female Elvis' led to her scoring her first minor hit (I Just Don't Understand, taken from her second album) and to co-starring with The Burger King in his 1964 movie Viva Las Vegas.

She went on to release eight albums during the 1960s and appear on a number of soundtracks, but then nothing until 1980, when this mess – simply titled Ann-Margret - appeared in the stores. Short  - just five tracks in total – it’s a simpering, unsophisticated disco mess: poor lyrics, insipid production and a vocal performance which could just as easily have been phoned in. A-M’s career was built on her sexual appeal, but this collection is about as impotent as her one-time co-star would have been before he choked down his last fried peanut butter and banana sandwich. Badly dated Euro-disco, it’s Barbara Markay without the smut. Luckily her comeback album would not only be her first album for over ten years, it would also prove to be her last for more than two decades.

It took her more than 20 years to get over this diabolical rubbish, during which time she concentrated on looking after her family (she’s been married to actor Roger Smith since 1967), playing Vegas and appearing in the occasional made-for-TV movie. In 2001 she returned to the recording studio, issuing a gospel album God Is Love: The Gospel Sessions, which earned her a Grammy Nomination, and three years later released Ann-Margret's Christmas Carol Collection. Now well into her 70s, it’s doubtful she’ll never again reach the heights (or plumb the depths) touched by this rotten disco mess though. 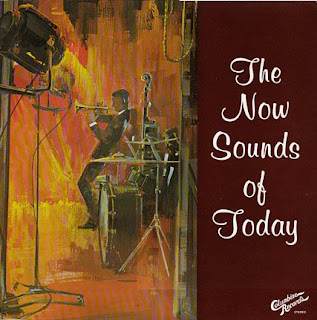 Happy Friday everyone. And what better way to celebrate the start of a lovely, sunny weekend than with a brace of recordings from one of my very favourite song-poem companies, Columbine?

Columbine produced an almost endless series of albums in the 70s and early 80s, as well as hundreds of singles and EPs. If their catalogue is to be believed there could be as many as 300 or more albums in their Now Sounds of Today series alone. Each of their albums contained anything up to 20 different tracks, all from aspiring hit makers who really should have known better, and all packaged in generic sleeves - often with different catalogue numbers used for the sleeve and disc.

Because song poem outfits rely entirely on the material submitted, and because so many of their customers are obsessed with the big man in the sky, there are an inordinate number of song-poems about God. However, for some odd reason – it could be simply because of the publications Columbine chose to advertise in - Columbine seem to have produced more religious dreck than the rest of them put together. They certainly knew their audience: several of their singers (including Kay Weaver and John Fluker) have gone on to carve out careers in Christian music.

The two songs presented here barely scratch the surface, but give a good indication of the type of material the company pumped out.

There’s not a lot to say about Kay Weaver’s Hell Express, from the 281st volume in the Now Sounds of Today series. This is Columbine’s contribution to the war on drugs. At least I think that’s the idea; it could just as easily be an advert for a local pusher. Kay’s voice is totally unsuited to the material and the arrangement; she sounds to me as if she’s doing a voice-over for a Film Board of Canada public information film. It’s ridiculous, as is the 'name' of the composer - Cracked Eyes.

Next up is John-Boy Perkins (maybe Columbine were trying to attract fans of The Waltons) with the stupid He First Loved Me from one of the company’s many, many EPs (HV 168, fact fans). This is much more typical of Columbine’s religious output: dull, insipid arrangements, flat vocals and about as engaging as cold sick. Just the thing for a sunny Friday morning.

How Long Can Disco On?

The disco craze was responsible for many, many heinous hits and easily some of the worst (and often most tenuous) novelties imaginable. But if you thought Disco Duck by Rick Dees and his Cast of Idiots was about as stupid as it could get, you obviously haven't met Freddy, the Disco Frog.

I first discovered this terrible record at the essential Music for Maniacs blog, courtesy of occasional WWR contributor Windbag. Its utter appallingness aside, what’s really fascinating about this release is the man behind it: Major Bill Smith.

Even if you don’t recognise the name, I’ll guarantee you’ve rubbed musical shoulders with Major Bill Smith. The Fort Worth-based Major enjoyed a fair bit of success as a record producer early in his career, with huge international hits for Bruce Channel and Paul And Paula as well as the early teenage car-crash biggie Last Kiss. He also had dealings with the Legendary Stardust Cowboy, grabbing a producer and publisher credit on Paralyzed and reportedly absconding with the tapes for Ledge’s first full-length album. In the 1980's the cut-price Colonel Parker was also claiming to be the manager of Elvis Presley, releasing records (and even a telephone interview) which, he claimed, were recorded long after the King had apparently left this world for the big burger bar in the sky. He also issued, under his own name, Cry Of An Unborn Child, a sub-Lil’ Markie slice of in utero schmaltz which may well appear here at a later date.

But back to today’s record. Written and performed by Major Bill Smith with Zane and Hogan, the terrible Freddy, the Disco Frog was issued on Smith’s own Le Cam label around 1978, as the B-Side to Elvis tribute Requiem to the King. After a long and colourful career in music Smith passed away, at the age of 72, on September 12, 1994.

A Rose by Any Other Name 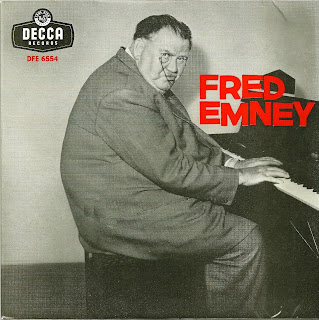 The son of a famous music hall (vaudeville) comedian, Fred Emney is probably best known to people of my generation not for his countless appearances in British film comedies or for his long-running TV show but for being one of the staples of many a TV impressionist’s act in the 1970s.


Born in Lancashire in 1900, Fred grew up in London and began his career on the stage there: his sisters Doris and Joan also trod the boards. He made his (uncredited) film debut in 1931, in the musical comedy A Man of Mayfair,  and went on to appear in dozens of British and International movies, including Those Magnificent Men in Their Flying Machines, the original and far superior version of the Italian Job and the Magic Christian. Fred also appeared in Fun at St Fanny’s, described by one critic as having the worst comedy script in the history of the cinema.


Starting in 1955, Fred had his own television show, Emney Enterprises which, typically of the day, featured guest stars, comedic sketches and usually a spot where Fred would sit at the piano and play a popular melody or, often, a piece he had composed himself. Apparently he also had a short spell as straight man to piggy puppets Pinky and Perky. He was perpetually cast in the role of ‘posh fat bloke’ (he weighed in at over 22 stone), invariably wearing a monocle and puffing on a fat cigar; when he appeared on the popular radio show Desert Island Discs in 1952 his one luxury item was a box of cigars.


His prowess as a pianist persuaded Decca to drag Fred into the studio in 1958 to record the tracks for this EP release. Three of the songs, If I Should Cry Over You, Whispering and The One I Love are pretty typical examples of Fred’s piano style: accompanied by an over-eager cinema organist he plinks his way perfectly acceptably through the songs. But the final track, Roses of Picardy, is the pip. We’re almost half way through the song when Fred, unwisely, decides to let his vocal chords loose: although Fred recites the lyrics rather than sings them his delivery is about as warm and sincere as Criswell’s. He really should have stuck to tickling the ivories.