From Cyprus With Love 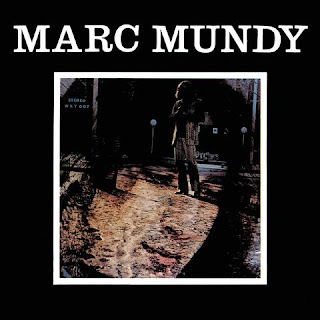 Emin Hassini (or possibly Hussini) was born in Cyprus in 1948. In 1965 he moved to New York as a 17-year-old to join his brother, Anthony Hassini who, in 1968, would become the founding member of the International Magicians Society. Looking alarmingly like Kevin Godley of 10CC, Emin enrolled in the New York University, fell in love and married a woman named Hulya Aziz.

In late 1970, as Marc Mundy, Emin recorded his only, eponymous, album. Produced by his brother, the disc is distinguished by Marc’s rather amateurish Middle Eastern-accented vocals and the equally amateurish playing. The record features his wife on backing vocals, but Paul and Linda McCartney they ain’t. A vague Middle Eastern melodic flavour permeates the collection, though the musical arrangements are fairly typical of those found on early-‘70s singer/songwriter albums. Guitarists Robert (Peppermint) Arlin (variously known as Bob or Bobby Arlin) and John Beck, drummer Tom Ambrose Ray and bass player Jim Pons had all previously been members of psych-folk band The Leaves. Pons also played with Frank Zappa and the Mothers of Invention, Beck appeared on recordings by Judee Sill. The playing on the record is mediocre at best, so I'd guess that the boys - clearly seasoned musicians - had very little rehearsal time. 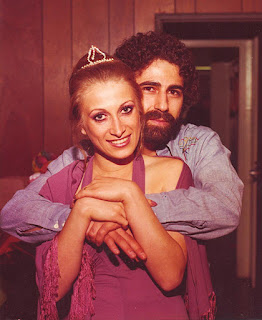 Just 500 copies of the album were pressed. Called ‘a truly unique, private-press curiosity rescued from obscurity’, Marc Mundy was reissued on CD (with historical liner notes) by Companion in 2006. Anthony Hassini remained in New York and, as Tony Hassini, worked as a cameraman and director, filming ads for, among others, Burger King. Tony has also overseen the growth of the International Magicians Society, which has since become the world's largest magic society (as recorded in the Guinness Book of World Records) with over 37,000 members worldwide. Emin/Marc returned to his native Cyprus to become a maths teacher in high school and vanished.

Still, he did leave us with this one album. Have a listen for yourself and see what you think.