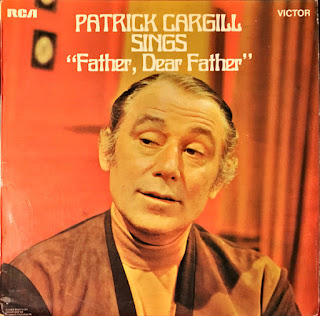 When I was a wee lad, Patrick Cargill was ubiquitous. From playing a psychopathic Number Two in the classic Prisoner episode Hammer Into Anvil, to appearing in both Help! and the Magic Christian... which was a pretty big deal for a young Beatles fan. It was only later that I discovered he had also played opposite Tony Hancock in the brilliant Blood Donor and appeared in a brace of Carry On… films too. But, more than anything, he was the rakish Patrick Glover in the ITV sitcom Father, Dear Father.

Glover was an author, divorced and bringing up two teenage daughters along with his housekeeper (always referred to as Nanny), and a large St Bernard dog, HG (for H G Wells). The premise of the show was paper-thin, but it ran for 45 episodes over five years. Father, Dear Father was a huge success, a defining and somewhat stereotyping role for Cargill, and the inevitable spin-off movie followed. A couple of years after the series ended he was back in a new sitcom, originally to be titled Take My Wives, but eventually screened under the name the Many Wives of Patrick.

He did not find being in the limelight easy, but like many British comic actors, he was ‘big in Australia’, and gladly accepted an offer to uproot and relocate ‘down under’ temporarily to make an Aussie version of Father, Dear Father in 1978. he continued to make trips to the country and, on his final visit there in 1994, he was knocked down by a hit-and-run driver, leading to erroneous reports that he had died. Back in Britain. although no longer in demand on television, he continued to work on the stage throughout the 1980s. 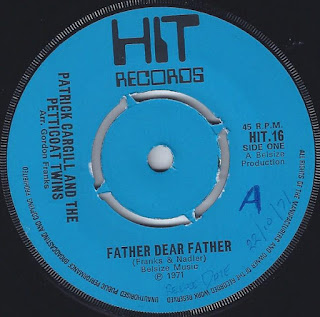 He passed away in a hospice, where he had been receiving care after suffering a brain tumour, in May 1996 at the age of 77. he had continued to act until he became too ill to do so, appearing in a touring production of Michael Frayn’s Noises Off the previous spring. I had no idea that he was gay: no one would have. Unlike many homosexual actors of the time the press left him alone, never hinting (at least as far as I am aware) that he was anything other than the slightly foppish heterosexual he often portrayed on screen. Even when he died, obituaries made vague mention of the fact that he had never married, but left it at that. Of course, being a trifle more sophisticated I can now look back and see the signs… chief of which was his long-term relationships with landscape gardener Vernon Page and, later, James Markowski.

By the way, in case those who recall the TV series had ever wondered, Nanny (the Glover’s long-suffering, slightly scatty housekeeper, played by Noel Dyson) had a ‘real’ name: Mrs. Harris.