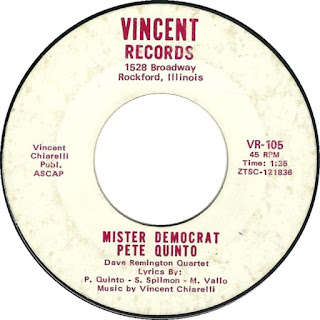 Welcome, fellow mad music enthusiasts, to the first WWR blog post of 2021. You would think, after blogging about bad music for 14 years now, that I would have run out of terrible records to bring you, but no! There’s loads more to come, new acts to discover and a whole world of madness coming your way over the next 12 months.

Today’s post comes as the world recovers from the insane goings on witnessed in Washington this week. The open call to arms (‘we’ll be there with you’, the Cheeto-coloured manchild raged. No you were not, you cowardly orangutan) from the 45th President is something none of us have witnessed before. Sadly, as well as resulting in the deaths of four people and injuries to many others, this massively overshadowed what happened in Georgia, where Raphael Warnock and Jon Ossoff defeated Republican incumbents Kelly Loeffler and David Perdue, handing control of the Senate, the House of Representatives and the White House to the Democrats for the first time since 2009. Warnock, a Baptist pastor, becomes the first black senator for Georgia and only the eleventh black member of the Senate in US history. 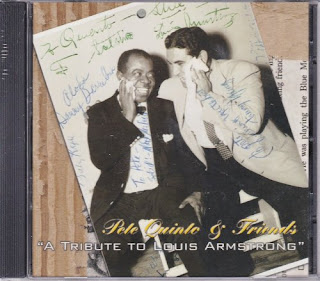 To celebrate this momentous occasion, here are both sides of Pete Quinto’s 1968 45, Mr Democrat. The single originally appeared with a short spoken introduction by Sam Shapiro, 34th Governor of Illinois, who was in office for eight short months between May 1968 and January 1969, but after his defeat by republican Richard B. Ogilvie this was dropped, and in late 1969 the song was re-written as Mr Citizen.

Peter Gabriel Gianquinto was born in August 1921, in Chippewa Falls, Wisconsin, and was known primarily as a Louis Armstrong impressionist; in fact he was the only imitator to play on the same stage with Armstrong, which he did on several occasions. He died in March 2003 after a short illness, just three years after issuing his only album, A Tribute to Louis Armstrong.

The lyrics were written by Quinto, Shirley Spilmon and Mike Vallo and the tune for both versions was composed by Vincent Chiarelli, owner of Vincent Records, which was established in Illinois in the late 1960s and still in operation today, with grandson Vince Chiarelli at the helm. The team of Chiarelli, Quino and Spilmon composed at least two other songs, Find Yourself a Girl (and Fall in Love), and The Greatest Treasure, which was copyrighted at the same time as Mr Democrat.

Here’s the original version, complete with spoken introduction, and the mostly-instrumental flip side.