Have You Heard the Fut? 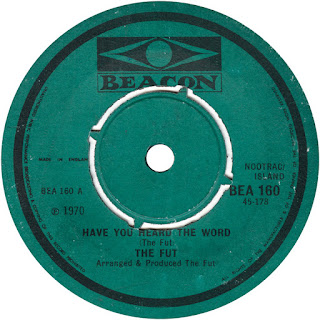 It is the ninth of October tomorrow, the day that would have been John Lennon’s 81st birthday. On next Wednesday’s World’s Worst Records Radio Show I shall be playing an hour of Beatle-related nonsense in tribute to the great man, my first and most enduring musical hero.

The hour is made up of song-poems, bad cover versions, Beatle novelties and some of the most dire tribute discs you have heard in your life, but today I bring you a sneak peek, with one of the most controversial, and confusing Beatle-related discs of all time, The Fut and Have You Heard the Word.

Issued by Beacon records here in the UK in 1970, this disc has confounded Beatles fans for decades. So much so that it turned up time and time again on Beatles bootlegs and as late as 1985 Yoko Ono attempted to register copyright in the song, convinced after years of seeing her late husband’s name attached to it that he must be involved.

The Fut were, in fact, Steve Kipner and Steve Groves of the Kinetics, a group originally formed in Australia in 1966. The duo noted the success enjoyed by the Bee Gees after their relocation to London and, in 1969, followed them across the ocean. Forming a new band, Tin Tin, the pair went in search of their old friend Maurice Gibb, who soon persuaded his manager, Robert Stigwood, to sign the new act. Maurice also offered up his services as producer for the band’s debut album, playing bass on several tracks.

Sessions for the album took place over a seven-month period between May and November 1969, taking far longer than anticipated because, in August, Gibb fell down a flight of stairs and broke his arm.

And that’s where things get interesting. That evening, Maurice turned up at IBC studios wearing a cast on his arm, high as a kite on painkillers, accompanied by his wife, Lulu (who he had married in February), and her brother, Billy Lawrie (often miscredited as Laurie). Stories differ as to whether he also came armed with a full bottle of whiskey or simply took advantage of the open bar in the studio. When it came time to work on a new, and unfinished song Kipner and Groves had brought with them the session deteriorated, and after tempers flared they left.

Maurice, off his face and having far too much fun, decided to finish off the song, thinking it would be a scream to put on tape his imitation of John Lennon. No one seems to recall who attempted the impersonation of Yoko One heard at the start of the song, but I somehow doubt it was his Scottish songstress wife. 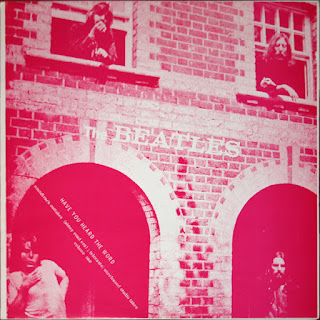 Dismissed as a potential track for the as-yet-incomplete Tin Tin album, somehow - and Gibb would later admit that he had no idea how it happened – the song was issued on the tiny Beacon label, credited to The Fut. The flip side, Futting, with authorship credited to The Tuf, has absolutely nothing to do with any of those involved with the A-side: it’s a pleasant, if unremarkable, ska instrumental. One can only assume that someone at IBC heard the tape and thought that they could make a quick buck, although I very much doubt that they saw much in the way of financial reward. Issued at around the same time that the Beatles officially called it a day, it did not take long for it to start appearing on Beatles bootlegs, usually listed as an unissued outtake, although occasionally credited to John and Yoko.

Tin Tin would score a Top 20 U.S. hit with Toast and Marmalade for Tea in 1971. The group disbanded in 1973, although Kipner continued working as a songwriter, producing hits for various acts including Chicago, George Benson and Olivia Newton-John. Gibb and Billy Lawrie would continue to work together: Gibb produced Lawrie’s 1971 cover of the Chuck Berry standard Roll Over Beethoven and, in 1972 the pair wrote and played the theme tune to the film Bloomfield, which was issued as a 45, credited to the Bloom-Fields, that same year. In a far less tenuous Beatle connection Rock and Roller, a track on Lawrie’s sole solo album, Ship Imagination, was co-written by one Richard Starkey... a well-known drummer who was not involved in any way with the Fut single. Honestly.

Here are both sides of the 45. Don’t forget to tune in to the show on Wednesday, when you can hear a further 55 minutes or so of similar Beatle-related nonsense!