Whatever Happened to Simon? 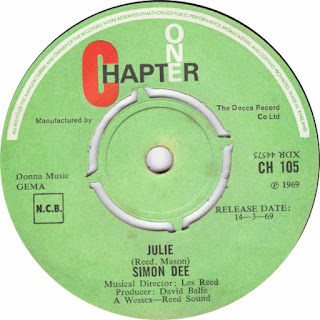 He had a rich and varied career: following two years of National Service (where he gained valuable experience working for the British Forces Broadcasting Service) he worked as a bouncer in a coffee bar, an actor, a photographic assistant, a builders’ labourer, a leaf-sweeper in Hyde Park, and a vacuum cleaner salesman before, in 1964, landing a job with Radio Caroline, becoming the first live voice heard on the pirate station in March of that year.

He was not with Caroline for long. Dee was flamboyant and stubborn, and refused to play certain records, despite the fact that Caroline (like all of the pirate stations) relied heavily on the financial support of certain record companies. He left Caroline in May 1965, but by then he had already begun making the transition to television, presenting ATV’s flagship pop show Thank Your Lucky Stars. In June he was signed by both the BBC and Radio Luxembourg, but controversy followed Dee, and he was reprimanded by his bosses at the newly-established Radio One when he insisted on playing Scott Walker’s recording of the Jacques Brel song Jackie, despite it having the distinction of being the first song banned by Radio One, blacklisted due to references to homosexuality.

Luckily for him, the bosses over at BBC television decided he was just the right man to front a new, twice-weekly chat show. Dee Time was an instant hit and regularly pulled in audiences of 18 million viewers. The show ran from 1967-69 and was broadcast live, which sadly means that only two complete episodes still exist in the archives. However, success went to his head: he became better known for his extravagant lifestyle than for his abilities as a presenter, and a demand for more money from the BBC saw Head of Light Entertainment Bill Cotton terminate Dee’s contract. 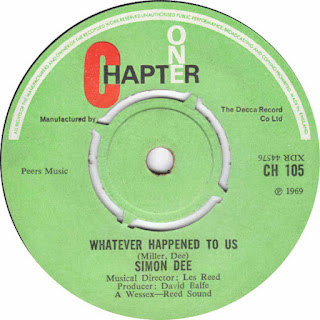 In 1969, within days of his being dropped by the BBC (his slot was filled by Cliff Richard), Dee signed a new contract worth £100,000 with London Weekend Television, for a 26-episode chat show series, although that too was cancelled before it could complete its run. According to contemporary news reports, ‘London Weekend decided to drop the Simon Dee Show after a series of behind-the-scenes- rows over who was to appear on the programmes. Mr. Dee recently threatened to walk out when he was not allowed to have singer Matt Munro in a programme.’ It does seem odd that the presenter of a hip and happening show would have put his own career on the line for the avuncular balladeer, but maybe he saw his career heading in another direction, after appearing in bit-parts in both The Italian Job and Doctor in Trouble.

Dee’s broadcasting career was all but over: he landed the occasional guest slot but his reputation for being difficult meant that no one would hire him long-term. Leaving showbiz behind him, he became a bus driver; ironically, Matt Monro had been a bus driver before finding fame as a singer. In 1974 Dee served 28 days in Pentonville Prison for non-payment of rates on his former Chelsea home, and on another occasion, he was jailed for vandalising a lavatory seat that had Petula Clark's face painted on it, as he thought that was disrespectful to her. The magistrate who sentenced him was Bill Cotton. In 1981. Shortly after he had been dropped by Radio Luxembourg after missing a recording session for the first episode of a contracted series, he was arrested for assaulting a policeman outside the gates of Buckingham Palace.

Like pretty much every other celebrity radio DJ of the era, Dee was brought into the studio to record an obligatory pop single, issuing Julie backed with Whatever Happened To Us on Les Reed’s recently established Chapter One label in 1969. A  pair of dreary ballads, they do nothing to showcase his obvious star quality. Previously, in 1966, he had narrated a rather fun flexi-disc for Smiths Crisps, When It Comes To The Crunch (It's Smiths IT IS!), but as far as I am aware these two tracks were his only attempts at a pop career.

Judge for yourself: here are both sides of his sole single release, Julie and Whatever Happened To Us.

Email ThisBlogThis!Share to TwitterShare to FacebookShare to Pinterest
Labels: Dee Time, Julie, Radio Luxembourg, Radio One, Simon Dee, Whatever Happened To Us