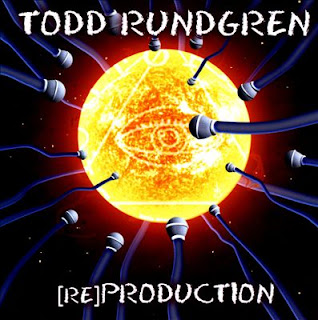 A huge, happy and healthy New Year to you all!

I love XTC, with a passion bordering on mania. Since the very early 80s I have followed their every move and, after they finally called it a day in 2005, I have continued to follow the solo career of the band’s chief songwriter Andy Partridge and, to a lesser extent, the calling of former members Colin Moulding and Dave Gregory.

Mainstream success may have eluded them but, take my word for it, they are the quintessential British pop/rock band: over the course of 14 albums XTC barely put a foot wrong. And, in Andy Partridge, the band had a lyricist on a par with Elvis Costello, John Lennon and Ray Davies, and a tunesmith as good as Brian Wilson or Paul McCartney.

I’m lucky enough to have met Andy, Colin, Dave and former keyboard player Barry (Shriekback) Andrews and they are all absolutely delightful. Further, I have recently interviewed Andy for an article I’m penning for Songwriting Magazine, and he was candid, funny, honest and incredibly generous of his time. I simply adore this band.

But it was never a smooth ride. The XTC chronicle is one littered with bad management, internal squabbles, rows with record producers, health issues and even a six-year strike when the band refused to record any new material for their label. It’s pretty much the Badfinger story without the suicides.

In 1986, in an attempt to break the band in the States, Virgin records decided to pair them up with American producer Todd Rundgren (who, fact fans, had also produced Badfinger). The result was Skylarking, one of the best and most complete albums of their career, yet the sessions were fraught – with a prolonged battle of wills between Rundgren and Partridge. ‘Todd and Andy were like chalk and cheese as personalities – they didn’t hit it off from the start,’ recalled Dave Gregory. ‘Things just went from bad to worse. Andy was saying how much he hated the album, and when we returned home, he was very depressed about it. But having said that, Skylarking is probably my favourite XTC album.’

As Partridge told Uncut magazine: ‘It was very difficult for me because Virgin basically told me to shut up and be produced, “because you’ll only ruin it and make it weird”. Todd wanted to process us through as quickly as possible, and we’d be fighting about the quality of takes. I hate sarcasm and he’s extremely sarcastic. His ego matches the size of the man.  It was like one Brian Clough stood on the shoulders of another – with a wig. It obviously got everyone down cause we were fighting and we never usually did, and then we got barred from mixing so it took quite a few years to realise he did a fantastic job. His people skills are like Hermann Goering’s.’

Sessions may have been tense, but the results – heard at their best on the corrected polarity version issued on vinyl in 2010 and on CD in 2014 – speak for themselves. Skylarking is a masterpiece.

The Skylarking sessions yielded a song, Dear God, that was originally left off the album and relegated to the B-side of the album’s first single, Grass. However, when the track started to pick up radio play in the US – and attract major notoriety – Partridge’s atheist anthem was added to US copies of the record. And it’s that song that I present for you today.


Dear God is the work of  a genius songwriter and of a band at the very height of their powers: both bucolic and brutal, Dear God is a brilliant iconoclastic missive. So why would producer Rundgren decide to re-record a piece of audio perfection for his dreadful 2011 album (re)Production?

On (re)Production Todd records his own versions of songs he had produced for other artists, in what AllMusic called ‘a logical enough endeavor skewed into the bizarre by his decision to rely entirely on electronic instruments’. Some of the tracks are ok (and, before you start on me, I’m not a Todd hater: I love the first Nazz album and I have a number of records that he appears on or has produced in my collection), but this collection is a self-indulgent mess. Back to AllMusic ‘To his credit, he’s indulged in some radical reinventions, particularly on Patti Smith’s “Dancing Barefoot” and the New York Dolls’ “Personality Crisis.” Tellingly, these are two artists with whom he remains either personally or professionally close, but he also can’t resist tweaking notorious sparring partner Andy Partridge by taking the piss out of “Dear God” via an onslaught of claustrophobic drum machines and processed vocals’.

(re)Production is designed to amuse nobody apart from its creator. But don’t take my (or AllMusic’s) word for it, have a listen to Todd’s version of Dear God, compare it to the sublime original and judge for yourself. For good measure I’ve also included Todd’s take on Meatloaf’s Two Out Of Three Ain’t Bad … make that one out of three, Mr. Rundgren!