Joe Tossini - Lady of Mine 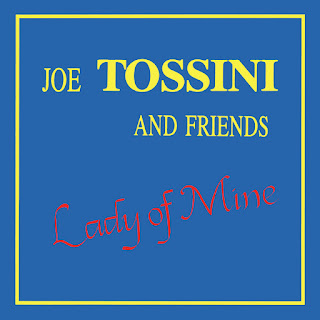 A favourite of mine for several years now, Lady of Mine is the self-funded, independently-released 1989 debut LP by self-taught Italian-American musician Joe Tossini. After only owning a poor-quality digital version of the album, I was astounded to discover that Lady of Mine had been reissued two years ago.

According to the accompanying press release, after being born in Sicily, Joe ‘drifted around the world between Italy, Germany and Canada, before finally settling in New Jersey. After the passing of his mother and the breakdown of a second marriage, an anxious and depressed Tossini took to songwriting as a form of therapy, crafting disarmingly candid lyrics from his extraordinary life and loves. Whatever industry savvy or musical virtuosity he lacked was made up for by unflinching resourcefulness and infectious charisma. Befriending bandleader Peppino Lattanzi at local club The Rickshaw Inn, he was encouraged to animate his singular songs with an ambitious cast of nine players and five backing vocalists, sincerely credited as his Friends.’

Recorded at IEA Recording Studios in Atlantic City in 1989, the album is an absolute cracker. From the defiant, Casiotone samba of If I Should Fall In Love, to the utterly peculiar Wild Dream and with its odd, jarring ‘space invader’ breaks, and the off-key vocals of the title track, Lady Of Mine hums with the inimitable magic of a true original: cabaret lounge intimacy infused with amateur lo-fi genius. 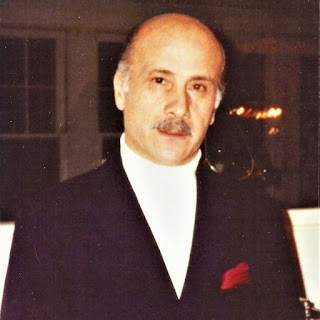 Issued by the short-lived IEA Records label, Lady Of Mine has, unsurprisingly, earned its own place in the outsider music canon: original copies now sell for around the $200 mark (there are a couple currently listed on Discogs, for $190 and $225 respectively). After years of enjoying a growing reputation among collectors, including being listed as one of the Top Ten Best Private Press Albums by Waxidermy, Lady Of Mine was reissued in 2019 via Joe Tossini Music, in partnership with Australian outsider reissue specialist Efficient Space, restored from original master tapes with unseen photos, extensive liner notes and Tossini’s trademark wisdom.

Devoutly independent, in 2016 Tossini produced the self-released album When You Love Someone, an album of instrumentals he originally composed during the 1980s but did not record until 2015, and he has also penned two books - his 2014 autobiography ‘The Accounts of My Life’ and, in 2019, a novel titled ‘The Devil In White’, which he calls ‘a fictional story about life, mystery, and murder’. Sadly his good friend and mentor, Peppino ‘Pep’ Lattanzi, passed away in 1995, far too soon for his work on this engaging album to be appreciated.

I am not making these downloads available for free as the album is on sale once again and I would encourage you to shove a few quid Joe's way. You can purchase the magnificent Lady of Mine on LP, CD, or digitally at https://efficientspace.bandcamp.com/album/lady-of-mine but for now, here are a couple of tracks from this engaging album.