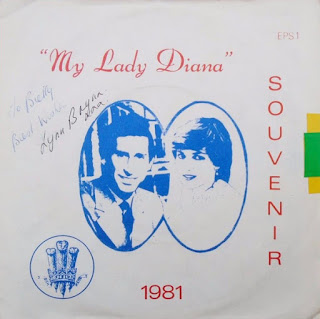 Today’s terrible tune comes from the pen of one Eric Paul Smith, an architect from Audenshaw, Manchester who woke up one day in 1981 and – inspired by the recent news of their engagement - decided to write a waltz to celebrate the upcoming nuptials of Charles, Prince of Wales and his fiancée, Lady Diana Spencer.

Up until this point Eric had, as far as I am aware, no previous experience in the recording industry, but that didn’t stop him. Not only did he write the song, a miserable little ditty entitled My Lady Diana, he also funded the entire operation, setting up his own EPS label to market and distribute the disc.

Eric even went as far as to send a copy to the Prince and soon-to-be Princess at Buckingham Palace, receiving a nice letter back from Charles’s office telling him that ‘his Royal Highness much appreciates your kind thought in composing and sending this gift’ and thanking him ‘most warmly’. 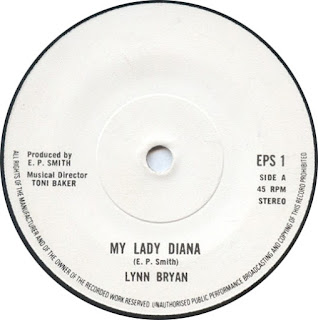 With vocals by club singer Lynn Bryan, due in part to Eric’s lack of experience the record sank without a trace. Sad, because according to his local newspaper, Eric had hoped that ‘it would be a hit,’ and that ‘it would be a real honour if it were played for the waltz to start off the Royal Wedding ball.’ Still, he was in good company: there is a plethora of Diana-inspired discs out there. All are terrible and (almost) all were quickly consigned to the bargain bins.

Sadly, Eric’s muse only lasted for the one song: the b-side to the single is an instrumental version of the same tune, with Ms. Bryan’s tepid vocals replaced by a nasty synth wash. Still, I had to listen to both sides, so you can too!