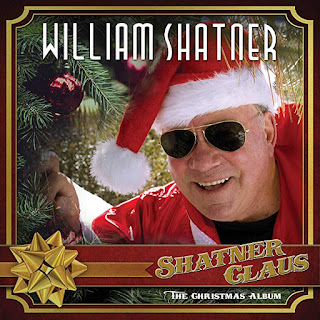 Happy Friday my friends, and welcome to the second of three Christmas collections for 2019: another four tracks of festive foolishness just for you.

First up is a brace of tracks from the brilliant William Shatner, his eccentric re-reading of the classics The Little Drummer Boy and Rudolph the Red Nosed Reindeer from his Christmas collection Shatner Claus.

What can you follow Shatner with? How about Elvis’s backing singers the Jordanaires, here with Linn and Linda (and Millie, don’t forget Millie) and the truly miserable The Christmas Orphan. My goodness, a record that makes Red Sovine sound cheerful. 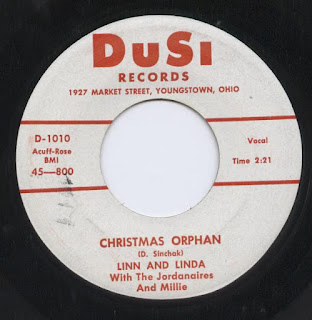 Incidentally, the Millie in question is Millie Kirkham, who also appeared with the Jordanaires on Elvis’s Blue Christmas. Composed by polka king Del Sinchak, who recorded the tune himself in 1953, this recording hails from – I believe – 1958: Sinchack only registered copyright in the lyric in December 1957.

We’ll finish today with US TV host Regis Philbin and his version of Rudolph the Red Nosed Reindeer, from his 2005 collection The Regis Philbin Christmas Album. On this track Regis is joined by a friend, host of the US version of the Apprentice and soon-to be leader of the free world, Donald Trump. Needless to say, it ain’t pretty.