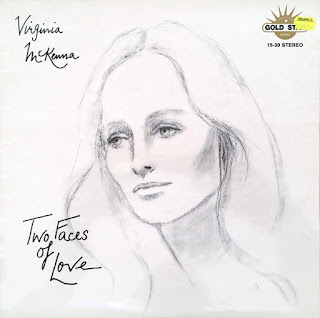 Virginia Anne McKenna, OBE, is an English stage and screen actress, author, and wildlife campaigner, who this month celebrated her 90th birthday.

Best known for films including A Town Like Alice (1956), Born Free (1966), and Ring of Bright Water (1969), as well as her work with animal charity The Born Free Foundation, she landed her first film role in 1952. In 1954 she married the actor Denholm Elliot. The marriage was a disaster: Elliott was a closeted homosexual and the marriage failed after a few months, although they did not divorce until 1957. Soon after she married actor and decorated war hero Bill Travers: the couple went on to have four children and would remain together until Travers’ death in 1994.

Virginia had taken singing lessons while at drama school, and had appeared in a number of musicals, from the raging success of The King and I  with Yul Brynner through to the dismal flop Winnie… a musical about Winston Churchill starring Robert Hardy. As she admitted herself (in her autobiography The Life in My Years) ‘Although I was never a particularly talented singer, I don’t think I was ever happier as a performer than when I was in a musical atmosphere.’ Luckily for us, this sense of self-awareness did not prevent her from recording her own album of love songs.

McKenna has been involved with several film and stage soundtracks, but to date, Two Faces of Love remains her only pop music outing. First issued in 1975 through Rediffusion’s Gold Star imprint, with a cover illustration from her sister-in-law Linden Travers, the album was reissued four years later in a different sleeve by RIM, aka Rediffusion International Music Ltd.

‘I fear I am not wildly “pop”,’ she confided in the Daily Mirror’s Paul Callan. ‘I’m a bit too old for that.’ Revealing that she had composed two of the album’s dozen tracks herself, she told him that ‘One does get so terribly tabbed as an actress.’ Two Faces of Love was relatively well-received in some quarters, with acting trade newspaper The Stage stating that ‘Though she has no pretentions at being a great singer, Virginia McKenna has made a highly effective and sensitive album… Reciting some lyrics, singing others and sometimes combining the two, she steers away from sentimentality and in the process delivers as affecting a version of “Send in the Clowns” as one is likely to hear.’ Well, there’s no question that Ginny’s reading of the Sondheim classic is far superior to that from fellow Thespian Elizabeth Taylor.

Here are a couple of tracks from the album for you: The Love That I Have (Violette) which was also issued as the album’s sole single, and The Windmills of Your Mind.

Email ThisBlogThis!Share to TwitterShare to FacebookShare to Pinterest
Labels: Robert Hardy, The Love That I Have (Violette), The Windmills of Your Mind, Two Faces of Love, Virginia McKenna